What Are Common Causes Of Anemia In Pets?

What Are Common Causes Of Anemia In Pets?

Anemia is the condition of not having enough red blood cells. Red blood cells are basically bags of an oxygen carrier called hemoglobin that distributes oxygen to the body.

Hemorrhage (blood loss). With sudden blood loss from trauma, anemia will normally become regenerative in a few days and will resolve. With chronic blood loss over a period of weeks or months due to intestinal parasites, fleas or urinary losses, the pet can become deficient in iron (a major component of hemoglobin), and the anemia will be non-regenerative since the bone marrow doesn’t have adequate iron to make red blood cells.

Red blood cell destruction. There are several conditions where red blood cells are actually destroyed in the body, which causes anemia.

Bone marrow injury. Several different infectious organisms, chemicals, and medications can cause injury to the bone marrow, which will cause it to scar severely enough to be incapable of making adequate red blood cells, which then causes a non-regenerative anemia. This type of anemia is the most difficult and discouraging to resolve.

Any type of anemia can be life-threatening if severe enough. Severe anemic patients will be lethargic, weak, and will have pale mucous membranes and a fast heart rate. Dogs and cats do have different blood types, but can easily be given a blood transfusion to treat the anemia once they have been blood-typed, and matched with an appropriate blood donor. To see if your pet can help anemic patients, check out our Blood Donor page! 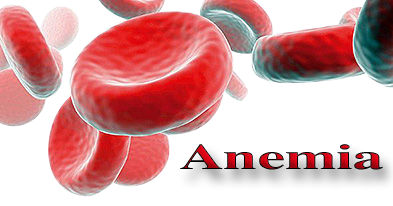