What if your large dog started salivating and retching, seemed uncomfortable or restless, and appeared to have a distended abdomen? What would you do?

A. Take to the veterinarian immediately

B. Take outside for a walk until feeling better

C. Give some Pepto-Bismol and massage the abdomen until belching occurs

D. Roll the pet on to their back and rub their belly until the condition resolves

Bloat in dogs is a very severe emergency that occurs in large, deep chest dogs such as German Shepherds, Great Danes, and Mastiffs, although any dog can bloat. The condition comes about from the stomach filling with gas and then twisting so that it is malpositioned kinking the entrance and the exit of the stomach preventing material from exiting the stomach. Additionally, the large distended stomach will compress the major veins in the abdomen carrying blood back to the heart causing the patient to ultimately go into shock. The blood supply to the stomach can be so impaired from the severe pressure on the stomach wall that it can die and perforate. The term for this condition is gastric-dilation-volvulus (GDV).

The correct thing to do is to IMMEDIATELY take your dog to your veterinarian or to the nearest veterinary emergency center. This is a life threatening emergency that will require surgery to correct. The surgery will allow the stomach to be deflated, untwisted, and then tacked to the body wall so that it can never twist again.

The exact cause for GDV is not understood despite millions of dollars of research to identify it. There are several suggestions that are thought to help in preventing GDV which include:

The real key to managing bloat is to try to prevent it, know the signs that foretell it is happening, and acting quickly if symptoms are seen. If you think symptoms of GDV are present, don’t hesitate to have your dog seen by a veterinarian. With GDV it is better to be safe than sorry. 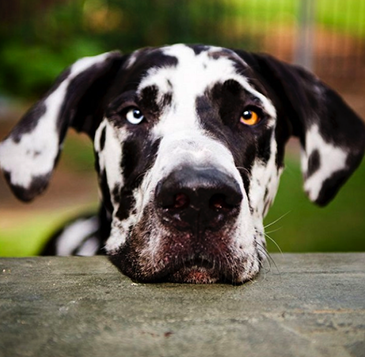