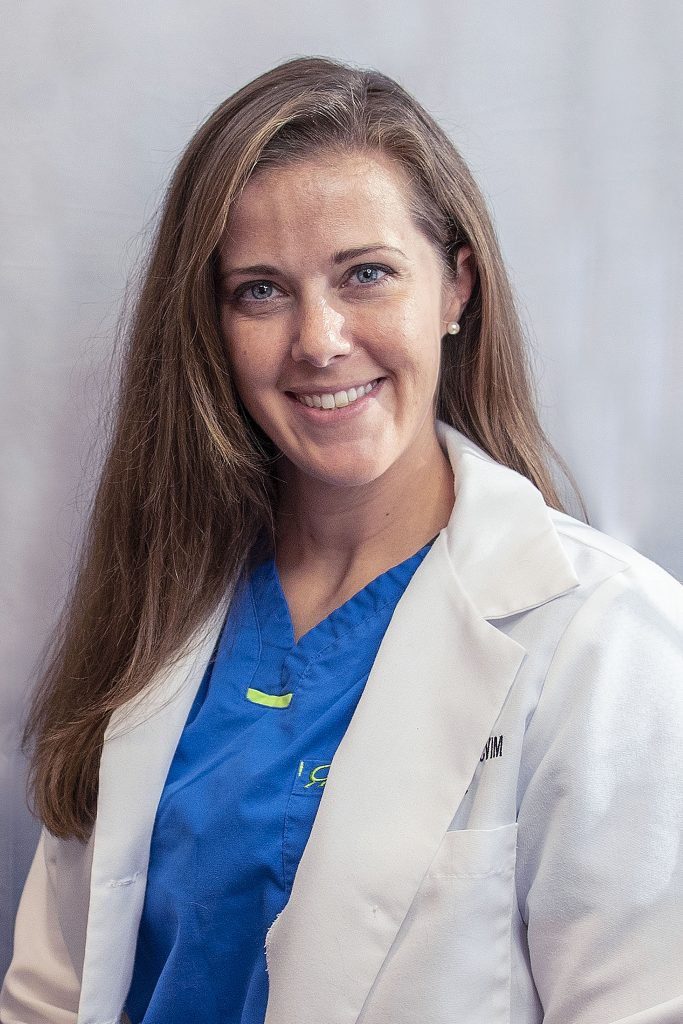 Dr. Kloft grew up in Oxford, OH and attended Miami University.  Upon graduating with a finance degree, she commissioned into the United Stated Navy as a Surface Warfare Officer.  During her time at sea, she served onboard USS HOPPER (DDG 70) out of Pearl Harbor, HI and USS GUNSTON HALL (LSD 44) out of Little Creek, VA.  She completed shore tours at NOSC Indianapolis, IN, as well as Navy Personnel Command in Millington, TN.  After seven years of active duty, she transitioned to reserve duty as a Human Resources Officer, in order to attend veterinary school at the University of Tennessee in Knoxville, TN.

Throughout veterinary school, she continued to develop her passion for wildlife conservation, completing externships at Lilongwe Wildlife Centre in Malawi Africa, the Detroit Zoological Society, as well as completed a month long preceptorship at SeaWorld California.  In addition to wildlife conservation, she has a strong passion for small animal surgery and worked for two years as a small animal surgery emergency student during veterinary school.  During her fourth year, she was awarded the Kaytee Avian and Special Species Excellence Award, Merck Award, and the Ethicon Surgical Excellence Award.  She plans to apply for a surgical residency in order to specialize in orthopedics.

Although Dr. Kloft stays busy with her internship and Navy career, she still manages to spoil her fur babies at home, which include a Boxer (Aries), French Bulldog (Sophie), and a calico-tabby kitten (Luna).